When I first got Sony Ericsson Xperia X10 it was running on Android Donut (1.6), my frustrations followed soon after mostly because it was greatly lagging with release of Android 2.1. Finally official 2.1 was released, but troubles didn’t stop there, because everybody was waiting for multi-touch support … I could go on like this for a very long time. However, to sum it up Sony has no plans of updating X10 anymore, they are releasing brand new phone (Arc) and they are hoping people will pay money to get it after X10 horrors. Even tho 2.1 isn’t that old, (31.4% of overall Android users is using it on it), Sony changed its UI to make it look better, but all they actually did is make it look pretty bad + made it abnormally slow.

From hardware aspect, it’s a pretty awesome phone, but from software aspect it waste of nerves. It’s obvious that Sony needs to hire more Linux people, because as it seems they have no idea what they are doing.

There are of course, 2.2 Froyo and 2.3 Gingerbread “straight from Google” ROMs, but to be honest … phone is only half usable with those. The feeling I get when using these is … plain awkward. All these ROMs are stuck on 2.6.29, since as it seems Sony did a very good job protecting its bootloader, what I suggest is to use these for strictly development purposes, and have them dual boot with your “working” 2.1

So what is the best ROM?

My main argument on what this is the best ROM is because, everything is working, and it’s working fast. Author stripped it to the minimum, and what I definitely suggest is that you go with the “R2B001 Lite” because the “Full” version comes with too much apps. with it, kinda making this great ROM feel bit bloated.

I made a video for you to “experience” its speed:

Surprisingly I’m getting much lower score Quadrant score, but also getting a much higher Linpack score: benchmark results of hacked Stock SE 2.1 ROM (2.0.2.A.0.24 root + JIT) Even though, the phone’s much much faster.

A couple of screenshots, including Linpack/Quadrant benchmark results. 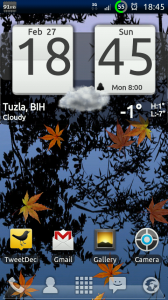 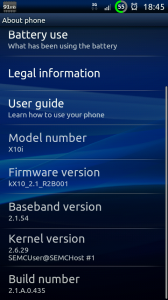 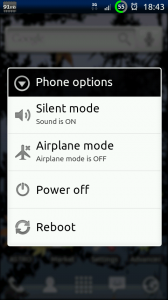 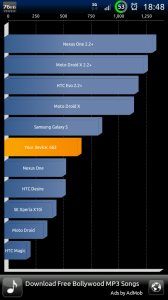 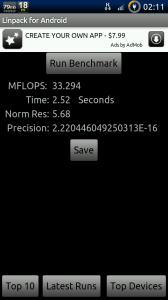 This is how I’m planning to live my remaining days on this phone, if it wasn’t for this ROM, I would’ve crashed my X10 long time ago. In meantime I’m eagerly waiting to put my hands on Nexus S, whose official release we’re still waiting for in Europe :-/