From security reasons, over feature requests, to announcement that Chrome 68 will render all HTTP sites as “not secure” in beginning of July … it’s obvious this is where the web is heading and it had to be done.

For HTTPS encryption, my obvious choice was Let’s Encrypt which I wrote about in past, so without further ado let’s get right to it.

In latest update I’ve added support for Let’s Encrypt which allows you to have HTTPS encrypted sites/blogs out of box.

I rewrote Nginx container image deployment which now relies on https-portal. Result is updated containerized-wordpress Ansible role whose major updates are to its Docker Compose file as well as deployment of Let’s Encrypt enabled Nginx configs.

For existing sites HTTPS integration is seamless, every HTTP link is automatically redirected to its HTTPS counterpart and certificates will be renewed automatically.

Right, so how does this work?

You follow projects HowTo and after 5 minutes your site site/blog will be running behind HTTPS! 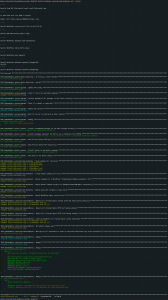 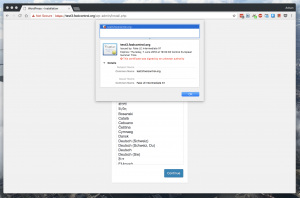 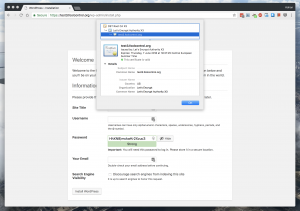