So what do you do? Install W700 software OS, or whatever you wanna call it on your K750. 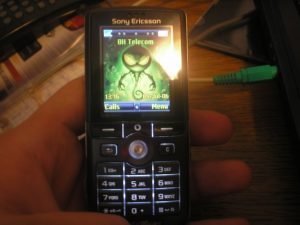 This is the final product you get … read on.

There are some, pretty much, I’m not user but I think you need at least 256MB of memory card in order to get W700 software installed. I’m still not sure about this, but remember this is still like upgrading your phone one generation ahead of the one you’ve got.

So I bought 512MB memory card just in case, and yes I really do need that much memory.

Also, once you’ve installed the software be sure that you’ll get your phone getting “frozen” from time to time. Yesterday I even went to this phone guy regarding this, because phone kept freezing. I also had a video problem. He said he’ll get the software for W800 instead of W700, because it’s pretty much “one generation” or class or (whatever you wanna call it) below W800 and he told me that phone might freeze up to 10days until it gets used to new software.

And he didnt manage to fix the video problem. Later on he was phoned and told that video problem has been solved, and forget about getting the W800 software. Problem was the that K750 has (if you ask me stupid) this feature when recording video to just record it for a minute. Most likely during the transition from K750 to W700 there was a conflict because the phone was left on K750 setting that is 1 minute recording.

Neverthless, few minutes of going through the phone and you’ll get it working as you want, that is record as long as it has memory.

Big minus is that once it’s on W700, I find that software ugly as hell, while K750 was pretty “professional” you’ll have to lose some time “pimping it”. 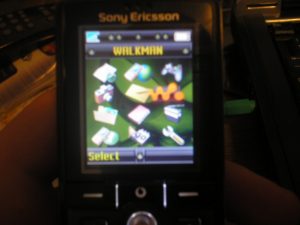 This is done because I do have money for iPod, but what do I get with it? Nothing. This way I get the phone, walkman, great video, great photo, etc… what else do I need? Nothing.

And you can get all this by somewhat higher price then iPod. Of course you can go for W700 right away, but it’s much more expensive. But the features are actually (or somewhat better) changed and better. Video and photo quality is the same. The only thing I like about it is that they inserted 3.5 jack, so you can plug it into any speakers or whatever you want. This way you’re still pretty much left on phone speakers or its headphones. 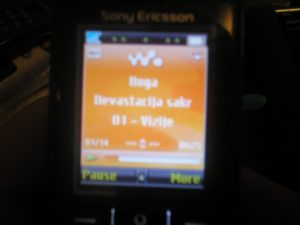 Nothing else (besides this one) is new over here, few days ago I made whole apartment connected :) Also I guess I’m in core team in BHLD2 :)

And yea, she’s the one that keeps me away from rotting.