Perfect soundtrack for this post would be “Chimaira – Implements of Destruction” so in case you got that one by any chance, play it along while reading this post.

I’ve been working at my University for some 20days now, it’s incredible how much stuff there’s going around. I had to cancel some really nice paying jobs, of course due to lack of time.

It’s interesting how stuff can turn around. For example, once I was administering and leading whole Abshost thing, after 3 years I didn’t get fed up with it all. I was on a mission, on a mission of working same things as seen on “IT Crowd“. After Abshost I said, I don’t wanna just administer any longer, I wanna feel the pulse of the signal through my own hands, I wanna have a screwdriver in my back pocket, I wanna grow farms … bla bla.

Reality is … well I know how much people can be asses and all that. You try to be good, act nice too they act completely opposite, they spit into your face. But that’s nothing compared to when you reinstall and wire whole computer lab of one university, even bring basic p2p in. They wanna stab you in the face, but why? Hm … read the last sentence again, “reinstall” is the keyword needed in this context :) Even they have all the rules of keeping their own backups and all, they hate you.

Furthermore, you get amazed how some simple, basic stuff can go wrong, and they DO go wrong. That’s when you wish for stuff such as remote server, ssh + whm + cpanel and such :)
But hey! Isn’t that all the stuff you asked for? I don’t work in a basement … actually it’s pretty cool. I reside in a cold server room drunken with sounds of death metal, ungodly sacrifice of a person who wanted to learn how to communicate with machines. 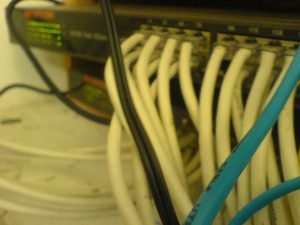 And in the end what do you say about all that? You asked for it :) Actually it’s huge accomplishment, maybe it’s just that you didn’t get to feel all that euphoria about it all. Possibly because your feelings turned from analog to digital mode.

The more you get into all this, the more you wanna getting into coding. And then you peek through the curtain, just looking, when is your time to perform on this new stage … and believe you me, that time will come :)

For those with hardened arteries, it simply never stops, it keeps on going and going, in meantime you umount and watch the movie, waiting for the end. Which you know will be good, sometimes it’s just fun to be director and viewer at the same time. 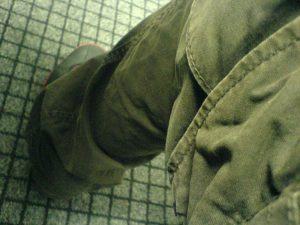