Yesterday was a glorious day for DebConf11 bid in Bosnia and Herzegovina. I had a scheduled meeting with Banja Luka’s mayor Dragoljub Davidovic.

We met in his cabinet, where I presented him with the paper “DebConf11 in Bosnia and Herzegovina” in which I tried to explain what it all means. From what Debian is, over what DebConf is, to why is DebConf important.

The thing I was most worried about was how am I going to explain all this in simple “non-tech” words :)

Either way, I was in middle of explaining what Debian is when mayor interrupted me “I understand, I’m electrical engineer myself” … you have no idea what relief came from these words! :D

Explaining what DebConf is and what kind of profiles attend one such event went smoothly as well, where mayor made some replicas on my story from the projects he worked on and so on. After my last “case” he also explained me how it’s good that we meet, since Banja Luka was known as “electronic” city in ex-Yugoslavia.

END_OF_DOCUMENT_TOKEN_TO_BE_REPLACED 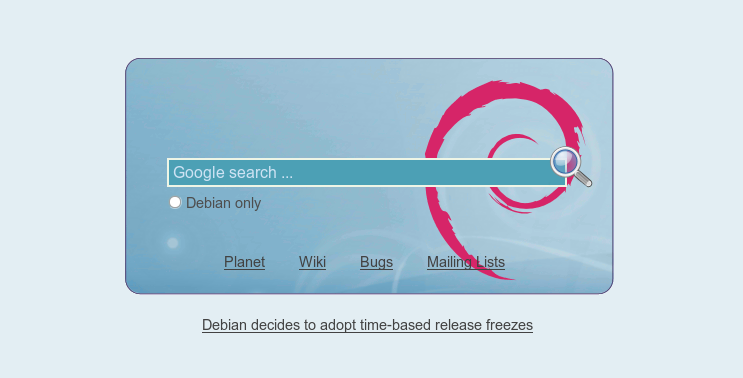 First of all, thank you for all your comments/feedback on previous Start! entries.

What kept me busy for last ~25hrs (literally) was making Start! to be properly rendered in all of the browsers and resolutions except IE of course. In the end, I ended up writing the whole thing from scratch, 709 lines which also passed W3 Validator, pretty sweet :)

END_OF_DOCUMENT_TOKEN_TO_BE_REPLACED

Just a quick note to everybody, after post “Debian Start!” (thank you for all your feedback!) I’ve decided to definitely continue my work on this little “project”.

Just so you know, besides you can find it on start.debian.net from now on ;)

I still have a lot of ideas to realize when it comes to this project, so feel free to expect changes soon.

Ana thanks for the subdomain :)

For last 2 days now, I was in middle of process of moving to a new (faster) server, without any prior notice my web hosting company simply initialized the “move”. Being jinx I am, it was just then that I posted this, so I’m really sorry for all the inconvenience, it really wasn’t my fault: 1. post was unavailable for couple of hours 2. two same posts on the planet

For some time now I’ve been bothered by Iceweasel’s default start page in Debian, and I just refused to use “Firefox Start“. So why not be the one who will change something about it

And after such “boost” from DC9, I had to do something, immediately. 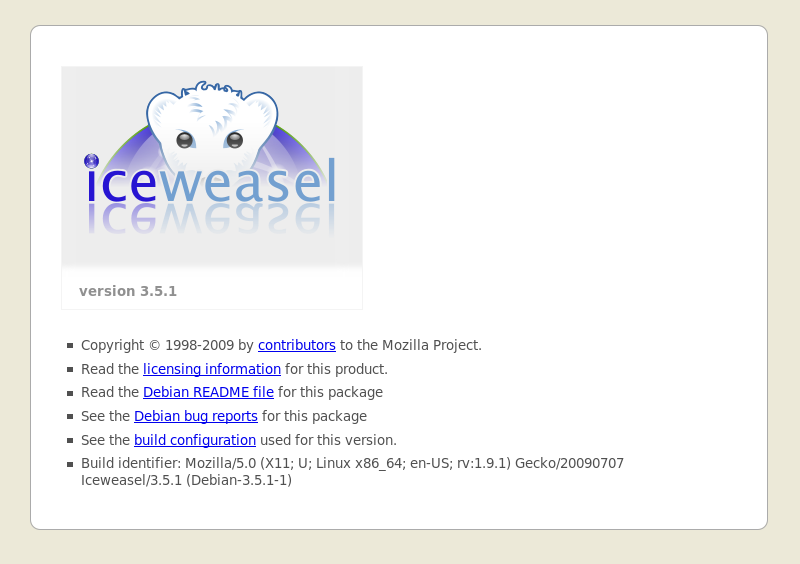 END_OF_DOCUMENT_TOKEN_TO_BE_REPLACED

I’m really not good in introducing myself, but I’ll give my best since this is my introduction post for Planet Debian :D

I’m Adnan Hodzic (AbsintheSyringe) from Bosnia and Herzegovina, for those who attended DebConf9 I’m the “Bosnian bid” guy :)

I’ve been around GNU/Linux itself for some 10 years now, I’ve been using many distributions and following many visions over the years, and in my case, what became a most important thing of one distribution was “environment” in which that distribution is being developed. I really enjoy Debian developers company and way Debian is being developed, even though I believe some things could be changed, and thus reason why I’m here :P

Sorry it took me this long for my spine to take debian swirl shape, but I was on a daunting quest :) Last couple of years I’ve been involved in Debian as a contributor, but I really hope that I’ll make it into official DD anytime soon.

So I’ll just stop talking here, go back to work and let my actions speak instead of my words :)